Jane's is reporting that the Royal Artillery is considering a series of new equipment programmes to update its regiments and adapt itself to better support the "strike brigades".

There is no shortage of good requirements. A "new" one is "Strike 155", for the purchase of a wheeled or towed 155mm howitzer for the Strike Brigades.
It can't be defined as a truly "new" requirement, of course, because it comes after LIMAWS(Gun) was cancelled years ago.
If there was the funding, purchasing perfectly good off the shelf guns would not be particularly problematic. Sweden will put 12 Archer on the market soon; France would be all too happy to sell CAESAR, and Royal Artillery troops have already trialed it in the field in several occasions. 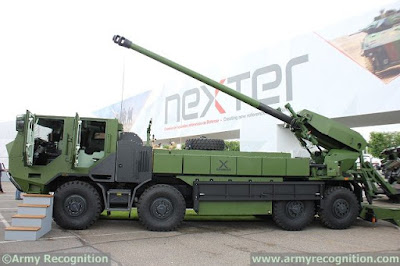 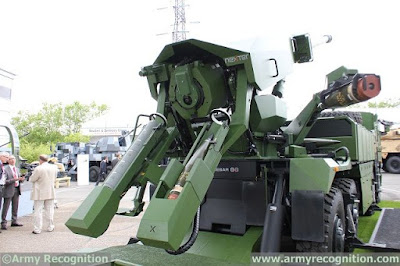 There is Project Congreve, for introducing new capabilities and eventually looking at the replacement of GMLRS and Exactor.
GMLRS could really do with a purchase of some Alternative Warhead rounds, to restore the area-annihillation capability that was once the pride and reason d'etrè of the system.


Up to 2010 the Royal Artillery was also planning an ATACMS purchase. Of course, that, as well as everything else, did not progress. But now they might just be in time to buy into its successor, if there is real money for it, and not just dreams.

If they are looking for a lighter, wheeled replacement for the tracked M270B1, there is of course the US HIMARS readily available. Even this requirement would not be new: the british army years ago had attempted to get a GMLRS launcher that could be slung under a Chinook, no less, the LIMAWS (Rocket).

Another project is the purchase of a new weapon locating radar, to succeed to MAMBA, which has a 2026 OSD. The weapon locating radar requirement is also nothing new. In its earlier incarnation, the Common Weapon Locating Radar was once to enter service by 2012 to replace COBRA, and lately MAMBA too, with a single type covering both the High (COBRA) and Low (MAMBA) spectrum of the mission. The British Army evaluated the SAAB Arthur C for the requirement, a perfectly sensible candidate. But of course, that project fell apart too, with nothing purchased and COBRA removed from service with only MAMBA left. More luck this time...?

Then there is an equally long-running ambition to purchase guided, long range ammunition (Excalibur, Vulcano, SGP all good choices readily available) and a requirement for a course-correcting fuze to improve the accuracy of the normal shells and reduce CEP. Requirements that have all been around since before 2010 and that have a tentative delivery date of 2018.

AS90 could really, really do with a 52 calibre barrel, putting it at least on par with other contemporary artillery systems. The longer barrel was part of the Braveheart upgrade which, you have surely guessed it already, fell apart years ago.


The US Army suffers from the same weakness: 39 caliber barrels in a world of 52 calibers. A 24 km reach versus 30 and more. There can be no doubt about it being a significant disadvantage.
The US Army is upgrading its Paladin self propelled guns but hasn't changed their barrels yet. It is, however, working on creating a long-barrel M777. The british army has done nothing about this disadvantage ever since Braveheart was cancelled.

Eventually, the L118 Light Gun will need a replacement as well, of course, and the Royal Artillery is also aware that if MORPHEUS progresses and replaces the Bowman radio and data infrastructure it will have to develop a new artillery-specific fire control application to replace the current one.

The Royal Artillery modernization programme used to be called "Indirect Fire Precision Attack Capability", but it produced little more than nothing. The procurement of the SMART 155 mm round carrying guided anti-tank submunitions was cancelled soon after the contract was signed, LIMAWS went nowhere, Braveheart was cancelled, Fire Shadow is lost in some unknown dimension of the universe and everything else is changing name and waiting for tomorrow.

Let's see if under new names it goes any better...