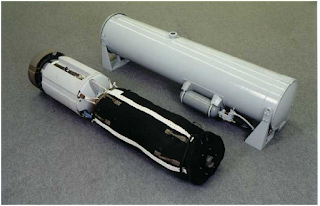 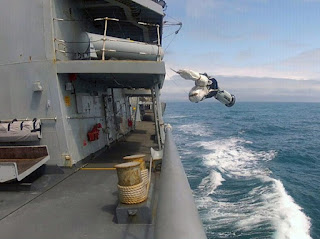 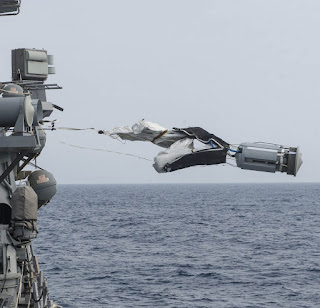 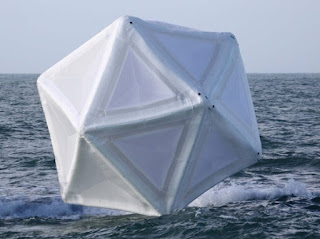 An airborne corner reflector decoy, of similar concept to the DLF (3B), has possibly entered service. A DSTL document mentions a MK217 “mini corner reflector” decoy round. In 2018 Chemring unveiled its TORERO 130 mm ammunition which, fired into the air, deploys a Fast-Inflating Airborne Corner Reflector to passively seduce missiles away from the ship. Airborne Systems and Rheinmetall offer their ADS 103 round, very similar in concept. The corner reflector begins its seduction in the air and floats on the surface of the sea after coming down.
Pubblicato da Gabriele a 6:04 PM No comments: