Plans and numbers, prior to the "review that is not a review"

A Written Answer provides a couple of interesting numbers about the Royal Navy today and in the future. As of 5 December 2017, the Royal Navy and Royal Fleet Auxiliary have 72 commissioned surface ships. Note the date because it makes all the difference: HMS Queen Elizabeth is not included as she was commissioned on 7 December. RFA Tidespring is included as it was put into service on November 27. The River Batch 2 Forth has not yet been commissioned, while HMS Severn left service back in October.
Finally, as the first taste of cuts coming from the “review that is not a review”, the two Hunt-class HMS Quorn and HMS Atherstone left service on December 14 in a rather secretive decommissioning ceremony in the BAE shed where they had been brought to be refitted and life-extended.
HMS Gleaner, the smallest of the commissioned units, also left service this month.
It must also be noted that, being chartered as part of a PFI and not RFA owned and manned, the 4 Point-class RoRo sealift vessels are not included in these calculations. They do not appear in MOD statistics on the fleet.

Keeping all these notes in mind, we can compose a list of the 72 vessels. The Written Answers does not detail it, but the ships in commission by 5 December are well known:

As of today that has further shrunk to 71, with HMS Queen Elizabeth coming into service but with 2 MCM ships leaving. Forth will come into service later on.
As recently as 2016, the surface fleet had counted 76 vessels, but the demise of the last couple of Rover-class tankers and of RFA Diligence cut that down to 73, then 72 with the demise of HMS Severn.
Going back further, the number was significantly higher and suffered a dramatic fall with the cuts mandated by the SDSR 2010. 4 Type 22s, the Leaf-class tankers, Fort George... the list is impressive.

For the future, the Written Answer announces that by December 2020 the surface fleet will include 77 vessels. That total is also not explained, but can nonetheless be broken down with relative ease:

The SDSR 2015 gave an MCM force of 12 vessels going towards 2025, so at least another MCM ships is expected to vanish in the next future. According to press reports, two more could go as the latest cut of 2 Hunt vessels is an urgent measure on top of the 3 vessels to be lost as part of the SDSR. If this is accurate, the long term MCM fleet would go down to just 10.
The “up to 6” OPVs appear to be definitely 5, although a specific strand of review is supposedly looking at the patrol fleet to see what the requirement Is, considering also Brexit and the increased need to regulate fishing waters after it.


Obviously, if the insane idea of cutting the amphibious capability and decommissioning the LPDs early was to be confirmed, the number of ships would rapidly shrink further.
In terms of number of hulls, the mythical growth of the Royal Navy remains non-existent unless measured on today’s low point. Even so, with further cuts very possibly on the way, any claim of growth looks very puzzling if not downright dishonest.

There has been a cull in the number of training exercises planned for next year in an effort to save money, but even so the programme remains very full. The Royal Navy in particular will not have a Joint Warrior 18-2 but looks set to struggle all the same to generate ships for all the things it is tasked to do. Written Answers suggest that the Royal Navy will send out the Joint Expeditionary Force (Maritime) next year. This is what was once called Cougar, and earlier still Taurus. This year it did not take place as HMS Albion was regenerating after coming out of mothball while one Bay was in the Caribbean pre-positioned to respond to Hurricane season and HMS Ocean was committed to NATO duties in the Mediterranean.

The Royal Navy will also take part in Saif Sareea 3, the “biggest exercise in 15 years”, which will take place in Oman and will be the first true test of the British Armed Forces’ ability to still generate and deploy a Division-sized force abroad. Details are still scarce about what units will take part and how, but if the exercise has anything to share with the previous two events it will be very large.
Since Saif Sareea is due in the autumn, which is also the normal COUGAR / JEF-M period, I’m guessing that the two things will be closely related. Probably the JEF-M task group will head towards Oman as the maritime side of Saif Sareea. That is, of course, unless the cut to amphibious capability goes ahead and turns the UK JEF element in nothing more than Marines on French amphibious vessels, plus perhaps a lone Bay and an escort. The “Review that is not a review” can very well ensure that the Royal Navy is unable to generate any meaningful task group before 2021 at the earliest, when HMS Queen Elizabeth is scheduled for her first operational deployment.

The Royal Navy will also take part in the big NATO exercise Trident Juncture in Norway. On current planning assumptions, as detailed in a November Written Answer, the UK will send:
from the Naval Service, three destroyers and/or frigates, four mine counter measures vessels, a mine warfare battle staff, and one Royal Marines Company;
from the Army, HQ 4 Infantry Brigade in command with squadrons from 11 Signals Brigade, Light Dragoons, Engineers, combat service support, 1 Royal Irish and a Military Police Platoon;
from the Royal Air Force, four Hawk aircraft from 100 Squadron based at RAF Leeming.
While the precise details are yet to be confirmed, it is expected that in the region of 2,300 Service personnel will deploy on the exercise.

3 frigates / destroyers in the same place at once are not an easy feat for today’s Royal Navy, especially considering that 2 frigates (Argyll and Sutherland) are due to travel to the Pacific and at least another is earmarked to escort HMS Queen Elizabeth to the US east coast for her first F-35B flying trials in October.
The Royal Navy will also provide the flagship for Standing NATO Maritime Group 2 (SNMG2) out to June 2018.
In addition to duties in the Gulf and elsewhere, this ensures a full year.

Joint Helicopter Command is particularly badly affected by cuts to training exercises, with much of its overseas activity curtailed. Arctic training also gets a cut although thanks to Trident Juncture a component of Royal Marines will still get in Norway. Initially a single company was earmarked, but a new plan has been crafted that will see two companies employed, as emerges from a December 14 Written Answer to the Commons.

There has been a significant change in plans for the Strike Brigades, with the Strike Experimentation Group activated in April 2017 within 1st Armoured Infantry Brigade.
Initially the SEG should have been an independent formation which would have transformed in 2019 into one of the two Strike Brigades. This has now changed, and SEG-1st AI Bde will convert to the new role in 2020, while the second brigade remains unidentified.

The unit roster of 1st Strike Brigade has also significantly changed, as it is now planned to include:

It is not clear how this impacts plans that included having the King’s Royal Hussars being the first unit to convert to Ajax, at the cost of losing Challenger 2 by 2019. This might now happen a bit later.
Similarly, the conversion of 1 YORKS from Warrior to MIV might also slip to the right.

The two Strike Brigades had earlier been expected to follow this scheme:

SEG on conversion to full brigade in 2019

Obviously, there has been quite a shift in timelines and in the position of several units.

The identity of the 6th Typhoon Squadron has been revealed following the purchase by Qatar of 24 Typhoon Tranche 3 which will be assembled in the UK.
12 Sqn, currently a Tornado GR4 unit, will stand up in Coningsby and will be equipped with the latest standard of Typhoon. For a period of time the lenght of which is not yet known it will be a Joint Operational Squadron which will include Qatari elements as aircraft and personnel are worked up towards operational capability. The squadron will also deploy to Qatar to provide security for the Football World Cup. 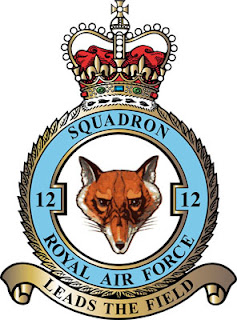 The sale of Typhoon to Qatar is a very significant win for UK industry and ensures a few more years of activity for the Warton assembly line. Qatar is also expected to firm up a committment to 6 Hawk training jets, and has signed contracts to purchase Paveway IV, Brimstone and Meteor.

Overall, a very welcome boost for the UK defence industry. The JOS arrangement should also ease the costs connected with standing up the new squadron.

At least another Typhoon squadron is expected, but its identity is not yet known. It will stand up beginning next year in Lossiemouth. There was also talk of a third, but that might prove unfeasible.

The Joint New Air to Air Missile goes ahead

The JNAAM is a development of Meteor that will include, it is believed, an AESA seeker developed by Japan. This evolved missile would then equip aircraft including the F-35s of both UK and Japan. It is currently the most interesting joint programme among those launched with the aim of deepening the bilateral collaboration. At the Ministerial Meeting on 14 December the two coutries agreed to looking forward “to the early embodiment of the joint research project including the research prototyping and the launch testing”.
The ministers also “welcomed that the first bilateral co-operative research project of Chemical and Biological Protection Technology was successfully completed in July 2017. They welcomed progress made on the Project for the Cooperative Research on Personnel Vulnerability Evaluation, and confirmed the exploration of possible co-operation on projects of interest including the Joint Preliminary Study on Potential Collaborative Opportunities for Future Combat Air System/ Future Fighter, launched in March this year”. 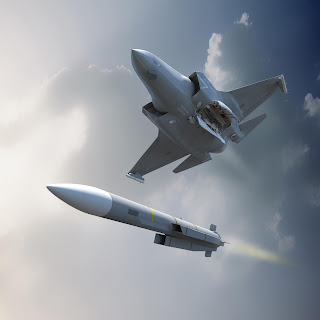 The JNAAM is very interesting on its own, but it becomes even more important as it could help open a path to joint development of that “Future Fighter” that could be the post-Typhoon face of UK airpower and the future of the british aerospace industry.